Benahavis, mountain village on the edge of Marbella 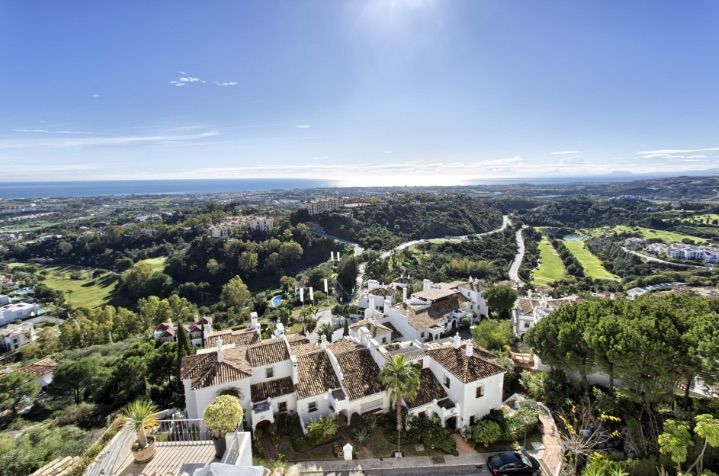 Most attention falls on Marbella and its glamorous marina, Puerto Banús, but over the years the area surrounding the little country village of Benahavis has also become a highly sought after destination for second homeowners and residents alike.

The village of Benahavis, once isolated in a lush green valley some eight kilometres from the sea, is now very much connected to the greater Marbella area whilst still retaining the tranquillity of its idyllic country setting. All around are views of mountains covered in greenery, while the road that leads out of the village through a gorge and connects it with the coastal area is flanked by a mountain river and natural pool whose rocks and little sandy beach are very popular with summer visitors and ramblers.

The village of Benahavis

The village, which has Moorish origins, boasts the pueblo blanco look of pretty whitewashed houses packed tightly together. In the valley itself are apartments, townhouses and villas, many of which are owned by foreign residents and holiday homers. Benahavis is famous as the Rincón Gastronómico – gastronomic centre – of the Costa del Sol, thanks to its concentration of charming country restaurants, added to which are some equally attractive tapas bars and sunny terraces on which to enjoy a cooling drink.

Benahavis municipality covers a large area that comprises mostly protected hill country and valleys to the north and west, but also a series of luxury residential areas and tourist destinations on its west and south flanks. As such, it forms part of the Golden Triangle, consisting of Marbella, Benahavis and Estepona.

The most exclusive addresses within the municipal boundaries of Benahavis are also among the very best in the greater Marbella area in general. They focus on two country clubs set at the upper end of the Ronda road, before it leaves behind civilisation and becomes the setting for spectacular mountain scenery.

La Zagaleta is the most exclusive of all country clubs in Marbella, and one of the finest of its kind in Europe. This gated community occupies a former hunting estate – which once belonged to Adnan Kashoggi – of almost 900 hectares. Set in lush countryside, it is mostly made up of verdant valleys, hillsides covered in trees and little mountain rivers that cascade before forming waterfalls where resident wildlife such as deer come to drink. 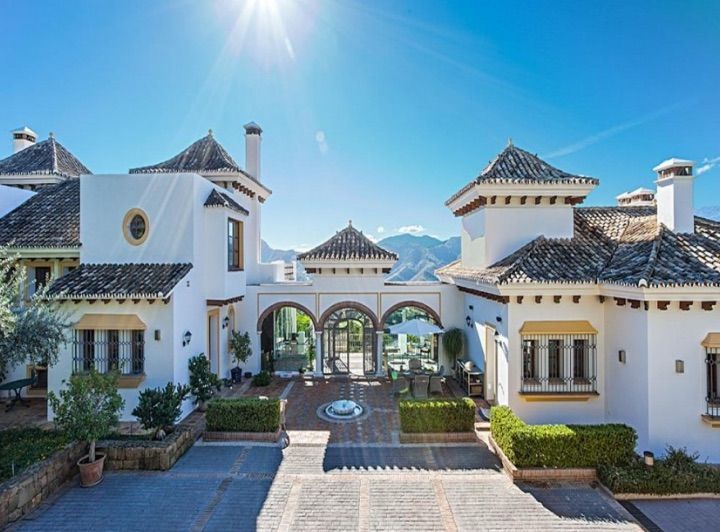 Just a little further down the gently winding Ronda road you will come across other luxurious urbanisations such as Los Arqueros – where frontline golf apartments and villas enjoy fantastic sea views – and Monte Halcones, home to a fine collection of scenically located luxury apartments and villas.

The area is also home to the charming apartments and townhouses of La Heredia, a delightful hill development styled as an idealised Andalusian village. Also in this area are urbanisations such as the large villas of La Reserva de Alcuzcuz and the attractive villas and apartments of Puerto del Almendro

The residential areas that occupy the lower-lying parts of Benahavis, which almost touch the borders with Marbella and Estepona, include the exclusive contemporary apartment complex of Los Capanes del Golf, which overlook the golf course of the same name. Just to the south of here are the up-and-coming residential zones of Nueva Atalaya and La Alquería. Situated on gently rolling land with good scope for further development, they are home to modern villas and apartments, with close proximity to the coastal road and beaches, and amenities such as a new bilingual school, a golf course and a supermarket close to hand.

The eastern extremity of Benahavis is made up by La Quinta, a stylish residential area of elegant frontline-golf villas, townhouses and apartments that is home to a luxurious five-star hotel and spa, and borders Nueva Andalucía. The properties found here are in the mid to higher range and offer its suburban refinement combined with fantastic sea and mountain views, and a touch of country living.

To the west lays Los Flamingos, another exclusive country club setting surrounding the impressive Villa Padierna Palace Hotel and Spa Resort, as well as a golf course that evokes the rolling hills of the Tuscan countryside. The frontline golf villas and apartments of Los Flamingos are increasingly sought after as a luxury alternative to prime Marbella addresses.

In the hills to the southwest of Benahavis are two extensive hill clubs that offer a chic country lifestyle close to Marbella. The Marbella Club Golf Resort villas do just that, overlooking the country club and riding centre while offering fresh air, magnificent country and sea views, and an almost rural setting.

A little further along is Monte Mayor, where even more nature surrounds the stylish villas yet you are never far away from the beaches and amenities of Marbella, San Pedro de Alcántara and Estepona. And yet it is a place where eagles can be seen hovering against the clear blue skies and you can follow trails into the pine groves, with Marbella and the Mediterranean as a backdrop.

If you are interested in knowing more about the properties for sale in Benahavis and the unique quality of life this area offers, please contact the Marbella real estate specialists at AMREIN FISCHER.