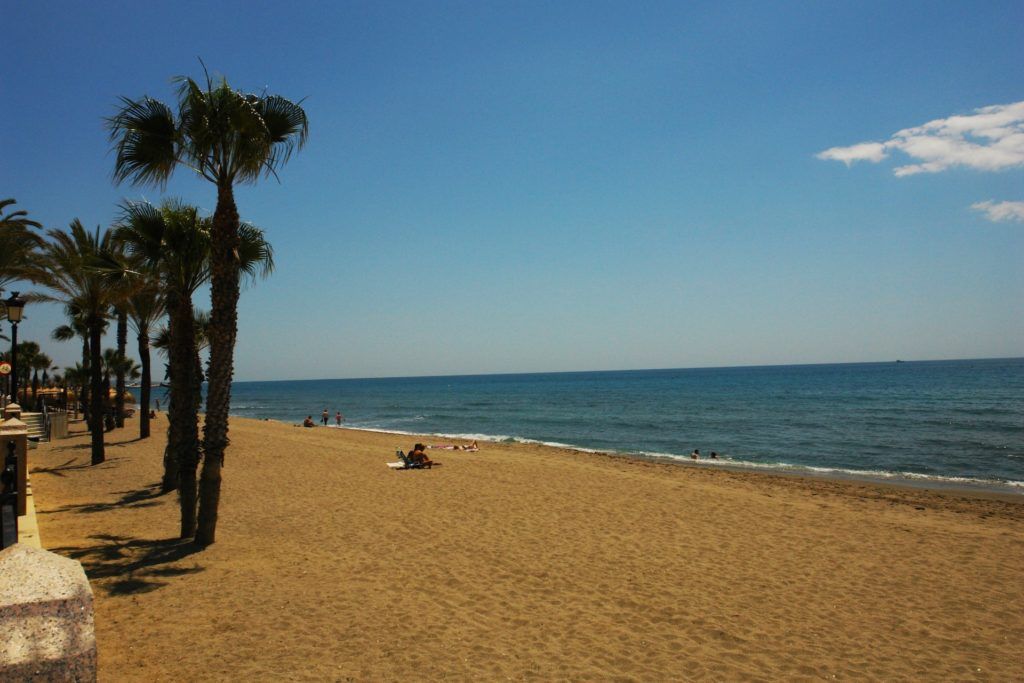 Marbella’s famous Golden Mile starts at Plaza Bocanegra to the west of the city and travels for around five kilometres along the N340 coast road to Rio Verde, just to the east of Puerto Banús. It may not be a long stretch, but it is one that is famous internationally for its glitz and glamour. The name ‘Golden Mile’ was adopted in the 1980s, and was coined by German singer Roy Boston, who became a property developer. If you visit his development Alhambra del Mar, you’ll find a road named after him. However, the area’s rise in fortune predates his naming of it.

The Marbella Club Hotel opened on the Golden Mile in 1954, and the resort’s popularity with royalty, Hollywood film stars and other celebrities was a key factor in creating an image of Marbella as a place to rival Monte Carlo and St. Tropez. When the Marbella Club was joined by the equally upmarket Puente Romano resort hotel and spa, this perception of the Golden Mile as ‘the’ place to visit for a holiday, or buy a luxury property, was compounded.

The addition of Al Riyad, a palace designed on a grand scale with its own mosque lent an air of mystique and an influx of tremendous wealth to the Golden Mile. When the Saudi royal family visited its summer retreat, which you can see from the vantage point of the N340, the area buzzed with excitement. Who else travels with 3,000 family members and staff, hundreds of Mercedes and pumps €90 million into the area on a seven-week holiday? King Fahd arrived in the 1970s and quickly chose Marbella as his second home when he could have his pick of the most luxurious resorts in Europe, or anywhere in the world for that matter. But he chose Marbella and its Golden Mile, and his investments in Marbella real estate brought other high net worth individuals from the Gulf States who lead a rather more discreet life during their visits.

The Golden Mile, however, is about more than luxury real estate alone. It is also known for its fine dining restaurants, including that of Michelin-starred chef Dani García, who has two restaurants at the Puente Romano. Villa Tiberio is a Marbella institution and if you are looking for a place to have breakfast then Pan y Mermelada is one of the most fashionable spots to meet on the coast.

The proximity of residences on the Golden Mile to superior golf courses is another selling point for many and a stroll or cycle along the paseo marítimo, with its incomparable sea views that stretches from central Marbella to Puerto Banús and beyond, is another of the Golden Mile’s appealing features.

For well over 50 years the Golden Mile has been a byword for luxury living and the playground of princes: come and see how it glitters for yourself.